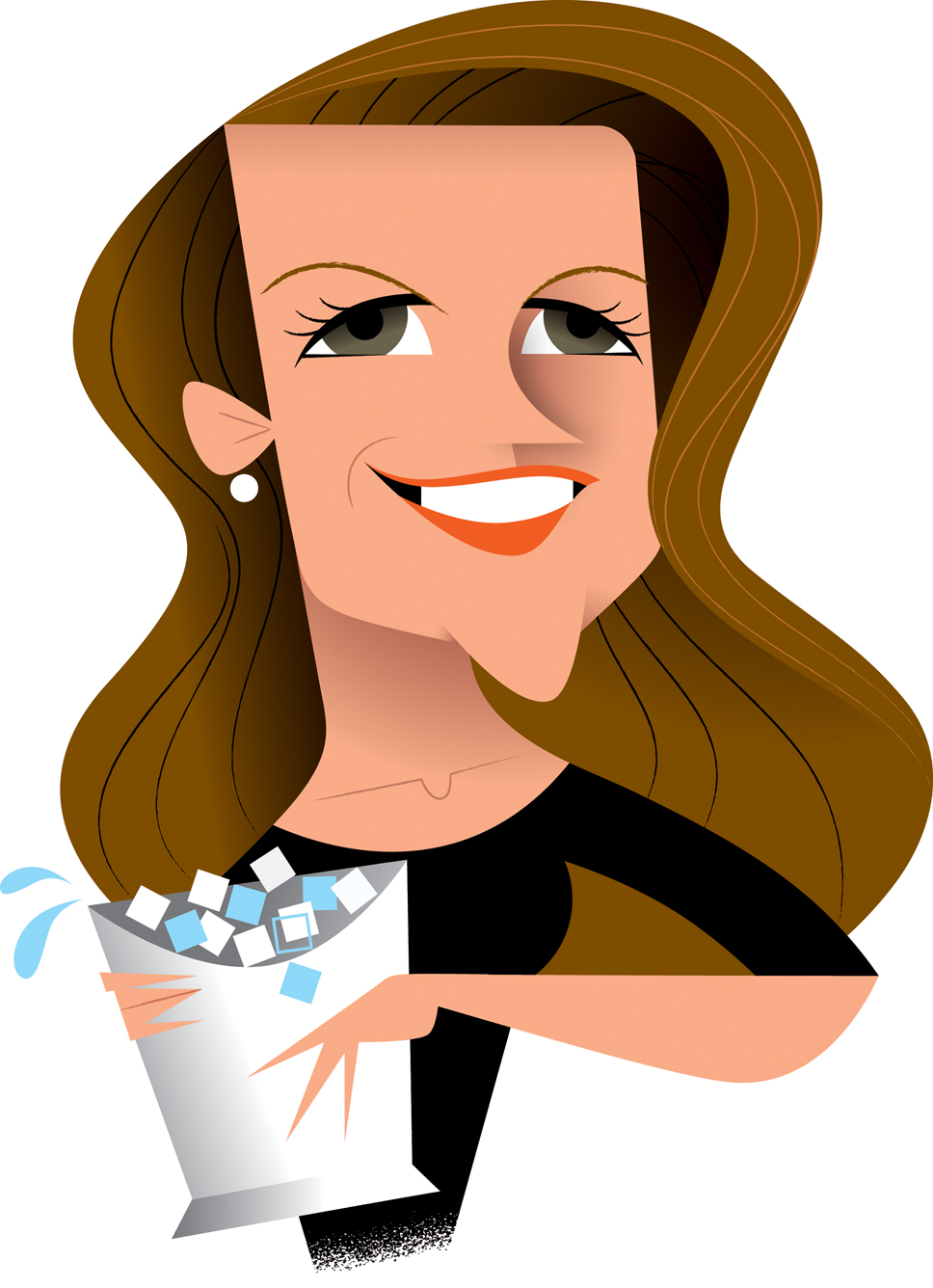 With the ice bucket challenge taking the world by storm, Lake Forest’s Maryilene Blondell—the Director of Development for the Chicago Chapter of the ALS Association—explains how $100 million in spontaneous donations will be spent.

It was tough to schedule lunch this month with Maryilene Blondell, Director of Development for the Chicago Chapter of the ALS Association. With all of the ice buckets being dumped on heads around the world, she barely had time to squeeze in a cup of tea.

“It has been absolutely crazy,” Maryilene says, sitting across from me at Egg Harbor Café. “We haven’t been able to manage this because we didn’t own it. We are just the beneficiaries of an amazing outpouring of generosity.”

By “this” Maryilene is referring to the “ice bucket challenge” that went viral at the end of the summer. What started as a dare among college friends to raise money for a peer afflicted with ALS—amyotrophic lateral sclerosis (ALS), the lethal neurodegenerative disorder also known as Lou Gehrig’s Disease—turned into a viral Internet sensation in which young and old alike couldn’t help but participate.

The premise of the ice bucket challenge: Call out three friends to dump a bucket of ice water on their heads within 24 hours, or make a $100 donation to ALS. Most people did both and let the world know through social media.

“More than $100 million was raised for ALS,” says Maryilene, a 3,500 percent increase over money raised last year during the same period of time from July 29 to August 29. “The timing of all of this is so interesting. ALS was actually discovered 145 years ago this year. It’s the 75th anniversary of Lou Gehrig’s ‘Luckiest Man Alive’ speech, and it’s the 10-year anniversary of our chapter,” she adds, referring to the ALS Association in Chicago.

According to Maryilene, who began working with the Chicago chapter a few years ago as a volunteer and now raises money and lobbies in Washington full time on behalf of the association, it was time for ALS to be elevated to a global discussion. “ALS is a horrific disease. There are never any survivors. Most people who are afflicted with it die from suffocation. When I’m educating people about the prevalence of this disease, I say that every 90 minutes someone is diagnosed with ALS. And every 90 minutes, someone dies from it.”

Chicago and its surrounding suburbs have roughly 300 patients per year who are being treated for ALS. “People may not realize that our chapter funds full-service ALS clinics at some of Chicago’s largest medical centers,” Maryilene explains. “When you have ALS, you may have to see seven different doctors. Who has the time to visit seven different providers? At an ALS clinic, patients can come and see all of their doctors in one place, on one visit. And our care services staff will go into the home of an ALS patient, assess what they need, and then act as their liaison with the appropriate providers. At some point, when the patients can’t come to the doctors any more, our care services staff figures out how to get what they need and it’s free. Do you need a wheelchair? Here it is. Do you need a wheelchair accessible van? Here you go. This is the patient care model we follow.”

The mission of the ALS Association is to lead the fight to treat and cure ALS through global research and nationwide advocacy, while also empowering people with Lou Gehrig’s Disease and their families to live fuller lives by providing them with compassionate care and support.

When asked what the impact this influx of donations will have on the ALS Foundation, Maryilene answers without hesitation. “We have been incredibly fortunate to have received this money. But to put it into perspective, it takes $1 billion to take a new drug to market—a billion dollars. $100 million is amazing, but we have a long way to go to make a difference in the fight against this disease.”

To learn more about the Chicago Chapter of the ALS Association or to make a donation, visit alsachicago.org.