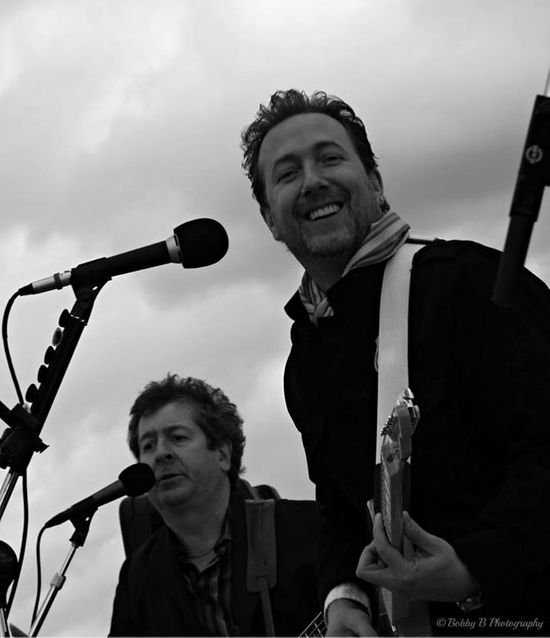 A new band called The Love treated downtown Lake Bluff to an impromptu concert on Saturday afternoon from the wind-swept roof of the Inovasi building. Passersby were surprised when all of a sudden they began hearing Beatles songs coming from above.

Derrick Suede Stout was among the musicians, so GazeboNews asked him about the performance.

“I’ve formed a new band that plays the music of The Beatles. … We don’t dress like them or look like them, we just sound like them. It’s not about the wigs, it’s just about the music and all about the love.”

Hence the band’s name: The Love. Members include: Suede, Dave Steffens, Howie Martino and Blair Holmes. Suede said he recruited musicians from other bands: “The guys I knew that could not only play really well, but also SING really well…..and who I knew LOVED The Beatles’ music…”

So how did they wind up on the roof at Scranton and Center avenues in Lake Bluff on Nov. 9? Quietly at first, because they decided to ask for permission after the performance rather than before it.

The Love is available for hire for all types of events — visit its Facebook page for more information and photos.