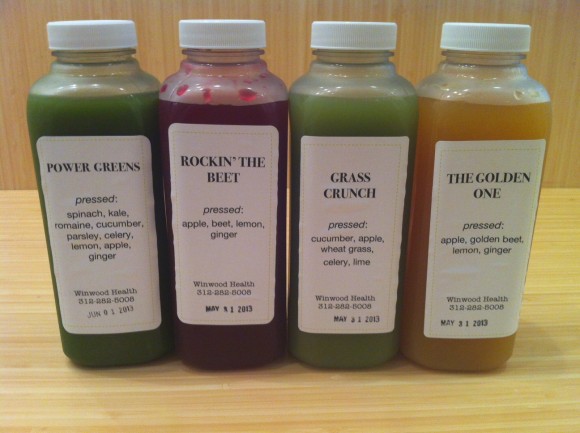 Five years ago, Lake Forest resident Eric Cooper, age 36, was in the midst of a health crisis. He had battled ulcerative colitis, an inflammatory bowel disease that causes long-lasting inflammation in part of your digestive tract, for the better part of 10 years. Having already had his large intestine removed and now taking up to 16 to 30 different medications a day, Cooper had reached a point where he could no longer manage his symptoms. As a result, Cooper collapsed, woke up in the emergency room, and spent two-and-a-half weeks in the hospital where doctors told him he would need to have his colon removed.

After colon surgery, doctors discovered that Cooper also had an autoimmune disease, a diagnosis that prompted him, particularly after some nudging from his wife, to make some drastic lifestyle changes.

“My wife said we’re not doing this again—you need to own your disease,” he said. “I decided I wanted to see my kids grow up. Owning it meant learning how to calm the disease.”

So Cooper began researching nutrigenomics, the study of how food communicates with the body on a molecular and genetic level. “It was an A-Ha moment,” said Cooper, who started living a holistic lifestyle that focused on a raw-foods methodology and incorporated pressed juicing into his diet.

The raw, holistic approach was a complete 180 from Cooper’s former lifestyle as a high-flying investor who ran portfolios and hedge funds for an economic think tank.

“I was an investor with a hectic lifestyle,” said Cooper. “The people who worked at Arby’s knew me by name. I was overfed and undernourished.”

Learning which fruits and vegetables calmed his disease and experimenting with various recipes based on different medical issues proved to be the genesis of his current venture, Winwood Health, a Lake Forest-based company that makes and delivers fresh pressed juice to homes and/or businesses.

“We’re not making traditional juice,” he said. “Traditional juice is what you find in a grocery store. This is a living drink. You’re absorbing nutrients virtually instantly.”

Cooper’s company delivers fresh pressed juice to clients every five to seven days. According to Cooper, the juices are not made using GMO produce, do not contain preservatives, and pack a nutritional wallop—one 16-oz. juice contains the nutritional equivalent of approximately 2 to 5 pounds of fruits and vegetables. To source his fruits and veggies, Cooper relies on three to four producers, including the same producer that supplies Whole Foods, as well as farmers’ markets and small farmers.

The company is as mom-and-pop as it gets.

The Coopers recently leased a new space in Lake Bluff where they’re in the process of building a large kitchen. They’re also hoping to expand the juicing operation to include a walk-up storefront where they would sell juices plus products they believe in, such as super snacks, cereals and pressed popsicles (their pressed juice, frozen).

The company is also getting an upgrade in terms of marketing and rebranding, with a pending name change (so long, Winwood Health; hello, Pressed Vibrance, pending trademark approval), new packaging, and a new website, which should be up in the next few weeks.

Cooper currently maintains a list of several dozen regular clients and sells juices through The Dailey Method in Lake Forest.

“They’re relationships, not clients,” said Cooper. “We make these juices with our hands. There’s a little bit of me in every one. I’m humbled, honored by clients’ willingness to be open, to try new things. We’re hell bent on creating impact on how individuals, families, and communities view nutrition and longevity.”

Juices range in cost from $8.75 to $9.50. Among the flavors: Rockin’ the Beet—beet, apple, lemon and ginger; Grass Crunch, with cucumber, apple, wheat grass, celery, and lime; and Power Greens, made of kale, spinach, romaine, parsley, celery, cucumber, lemon, apple and ginger. Winwood Health requires a 5-juice minimum per delivery.