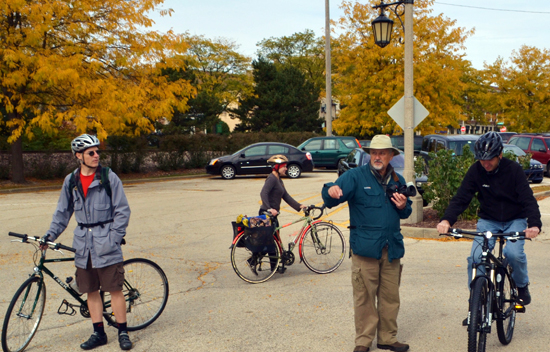 The Lake Forest downtown commuter railroad station was turned into an outdoor photo studio on a recent weekday to help produce a “Bike To Metra” guide.

The City of Lake Forest and League of Illinois Bicyclists are collaborating on the project, funded by a Federal grant, to highlight the community as one of many ideal places in the Chicago area for commuters to ride bikes to the train station before boarding for work. The eventual brochure will feature tailored map of preferred routes to that station, logistical help, and safety tips.

The last 10 years have seen a tripling of Chicago-area residents riding to and parking their bikes at their local Metra commuter rail stations as part of their work commute. Others not only bike to Metra, but also bring bikes on board during reverse commute and off-peak hours—for work and for recreation.

The photo shoot required only one thing of the riders—no Lycra. When was the last time you went to work in biking shorts? 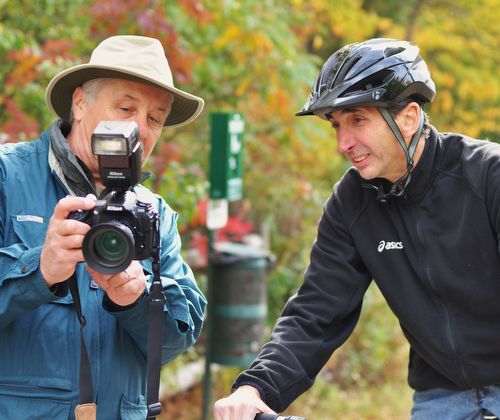 Jay Slivka gets a peak at a photo 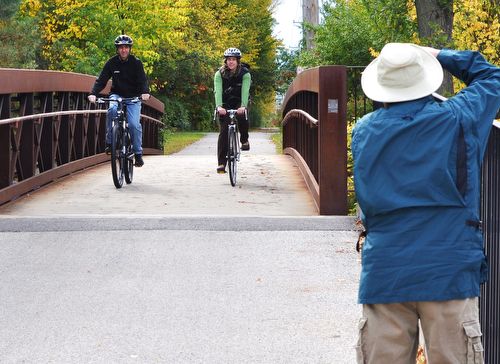