The Board of Directors of LEAD and the Governing Board for the Speak Up! Prevention Coalition are pleased to announce the hiring of Andy Duran as the new Executive Director of both organizations and Khris Condon as the new Program Coordinator for Speak Up. 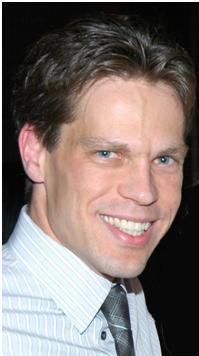 “We are incredibly excited to have Andy join the team,” said Mike Borkowski, President of LEAD’s Board of Directors. “Andy is a tremendous leader who can not only fill the huge shoes that our departing Executive Director leaves behind, but also can truly move the organization forward in a significant way.”

“Andy has extensive experience in non-profit leadership and demonstrated success in guiding non-profit organizations through stages of transition and growth. His strong background in advocating for youth and families makes him a particularly appealing individual for this position,” Borkowski added.

Mr. Duran will be coming to LEAD and Speak Up! from the Peacebuilders Initiative, a leadership development program for Chicago area high school students, sponsored by the Catholic Theological Union, where he currently serves as the Director. Previously, Andy served as the Executive Director of the Ministry for Persons with Disabilities in Jacksonville, Florida, as well as the Director of Evangelization and Youth Ministry at the Church of St. Mary in Lake Forest.

In addition, he is the founder and original Executive Director of Camp Hope, a nationally-recognized non-profit organization based in Lake Forest that supports children and teenagers with disabilities. Andy holds a B.A. degree from Saint Leo University and is currently working towards a dual Masters degree at Loyola University in Social Work and Divinity. He resides in Lake Bluff with his wife and daughter.

Andy will be replacing Ms. Betty Frank-Bailey who is retiring and relocating to Florida this summer. 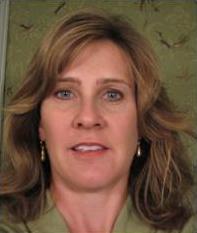 In related news, the Speak Up! Prevention Coalition has hired Khris Condon as its Program Coordinator.

“Khris possesses an ideal combination of professional work experience and community volunteer involvement, both of which are critical in the Program Coordinator position,” said Dick Block, Chair of the Speak Up! Governing Board. “She will be able to jump right in and hit the ground running. We are thrilled to have both Khris and Andy join our team in their leadership positions!”

Ms. Condon most recently served as the President of the Lake Forest/Lake Bluff Learning Disabilities Association (LF/LB LDA) and participated on the Spirit of 67 Grant Committee. She brings years of management experience, including as a client project manager in the information technology field at William Mercer and Household International. Khris earned a B.A. in Computer Science from the College of St. Thomas. She lives in Lake Forest with her husband and three children.

Khris will be replacing Stephanie Cook who departed earlier this year to start her own event planning business.

LEAD is a 501(c)3 organization serving Lake Forest, Lake Bluff, and Knollwood. For 25 years LEAD has been working with parents and other adults to promote strong families and healthy youth and prevent alcohol, drug use, and other risky behavior by youth.

LEAD is a founding member and the fiscal agent for the Speak Up! Prevention Coalition, which was formed in 2006. Speak Up! is dedicated to significantly reducing the level of underage drinking and other drug use in Lake Forest, Lake Bluff, and Knollwood.