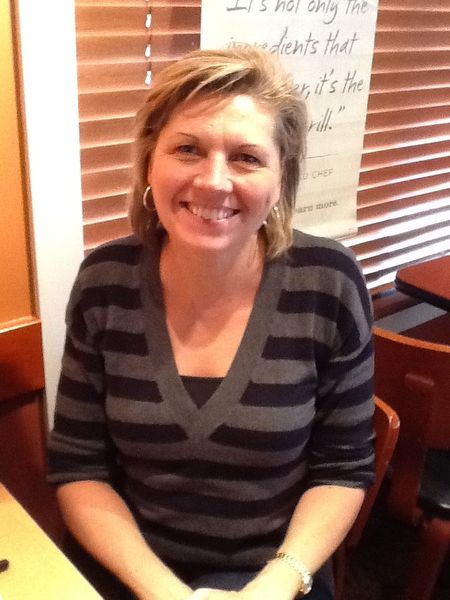 After the dust settles on the Upscale Rummage Sale, Betty Frank-Bailey will retire from her post as executive director of LEAD and move with her husband and youngest daughter to Florida. She’s looking forward to taking yoga classes, helping her 14-year-old get settled in high school, and not doing much else for at least six months.

“I promised myself and my family I would take time to do the things that I haven’t been doing–like exercise,” she said when we met for a cup of tea on Tuesday, April 24, at Panera Bread in Lake Bluff.

That’s where we met four years ago when GazeboNews was just getting off the ground and Betty was a year into her tenure as the head of LEAD. Back then, we talked about the challenges facing the teenagers of our community: underage drinking and drug use; stress and anxiety; depression; suicide; college prep pressure. This week, we again met at Panera, enjoyed a cup of tea and talked about the challenges facing the youth of our community, which are the same challenges we talked about four years ago and are in fact the same issues that spawned the creation of CROYA (Committee Representing Our Young Adults) and LEAD (Linking Efforts Against Drugs) back in the mid 1980s.

“This is depressing,” I said, when we realized the issues haven’t changed in 25 years. …

Betty pointed out that while the issues remain, great strides have been made in how the community addresses its problems and concerns.

LEAD has played a big role in bringing the issues to the table and finding ways to educate and support families. LEAD is a totally local non-profit organization that provides educational programs, events and other resources to build healthy families in Lake Forest, Lake Bluff and Knollwood. It focuses on timely, top-of-mind issues in our community, including things many people prefer to avoid, or at least avoid publicly, such as talking to adolescents about death; understanding the warning signs of depression; guiding middle schoolers through puberty. Every year, LEAD hosts Parent University and other educational workshops. It has a sister organization called the Speak Up! Prevention Coalition, which was instrumental with the Lake Forest Police Department in getting the Social Host Ordinance enacted in 2010. And last year, LEAD introduced the community to The Race To Nowhere documentary that urged schools and coaches to consider the burden that excessive homework and extra-curricular commitments place on teenagers.

Why, with all of these resources, are families facing the same issues today that they faced 25 years ago? I asked Betty to reflect on her tenure at LEAD and her 12 years living and raising children in Lake Forest. Her responses help answer this question.

The first thing she mentioned is that the emotional health of college freshmen is at an all-time low. “We don’t know exactly why this is happening, but I believe one factor is that as parents we’re not doing as good of a job preparing our kids for life,” she said. She pointed out that certain mental health issues come out in late adolescence, and these account for some of the problems. But there are other issues at play, too.

“They’ve been focused on external performance measures like getting good grades, getting the right ACT scores, excelling at sports, achieving honors,” she said. “They’ve been on this track to achieve the goal of getting into a certain college, and then they get there and don’t know who they are or what they want to do — because that hasn’t been their focus. They didn’t have time to really think about who they really are and what they want.”

And some teens are just plain burned out by the time they get to college.

“There is an excessive preoccupation with what colleges our youth will get into, as if that is the defining parental accomplishment and predictor of a young person’s success in life,” Betty said. “ Studies have shown that it’s not. A youth’s social and emotional skills (emotional intelligence) are a bigger predictor of success.”

Here are some of the other challenges that Lake Forest, Lake Bluff and Knollwood are facing, in Betty’s words:

As for her time at LEAD? What did she accomplish and what will she miss most? Betty said she’s proud of the partnerships LEAD formed with numerous community organizations in recent years, including the Lake Forest and Lake Bluff police departments, which have worked closely with the Speak Up! Prevention Coalition to curb teenage drinking, get retailers to comply with the drinking age, and introduce the Social Host Ordinance that makes adults accountable for providing alcohol or other drugs to minors in Lake Forest and Lake Bluff.

“We changed the dialogue from how many kids are drinking and doing drugs to how many are not doing it,” she said. “Teenagers have the perception that ‘everyone is doing it’, when in reality across the four grades in high school, the majority are not.”

However, she said underage drinking in Lake Forest, Lake Bluff and Knollwood is still higher than the state and national norms, according to the 2010 Illinois Youth Survey:

Does she feel her work with LEAD is done … or does she leave with unfinished business?

“Both,” she said. “Our work is not done, and LEAD could work another 25 years and we’ll still have things to work on in the community. But LEAD is much more of a household word for families in our community, and people view the organization positively and as a trusted resource, which I’m thrilled about because it was a major goal of mine.”