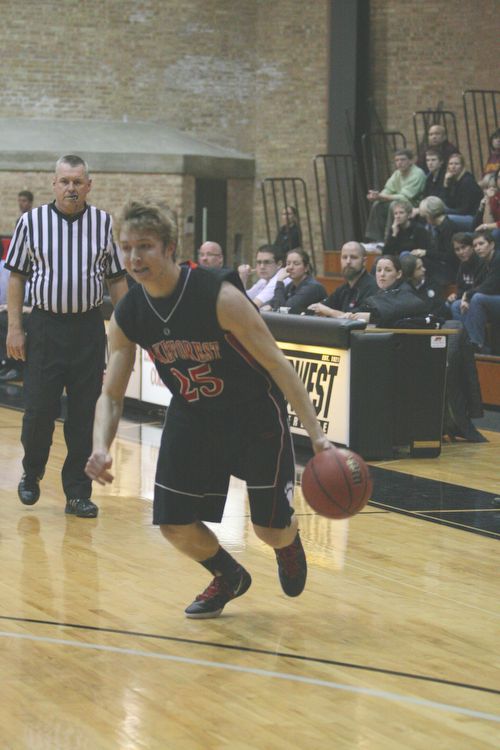 The Foresters are on a winning streak like never before. Photo by Scott Sanford

With the help of all 17 players on the Lake Forest College Men’s Basketball roster, forward Nathan Bateman’s philosophy about limitless possibilities led the team to break its historical winning streak of 14, which was set in the 1914-15 and 1915-16 seasons.

The Foresters got off to an inauspicious start to the 2011-12 season when several players were injured, but that didn’t slow down the team.

“Injuries are unfortunately apart of the game and with the exception of one, all our guys have battled back to recover from their early injuries.” said Clark.

On Wednesday night the team took a five-hour bus ride to Illinois College to overcome the winning streak.

“Yesterday was the first time I had heard about the records, so I had no idea. We have set no goals, which leave our possibilities to achieve limitless,” said Bateman.

Stack attempted six shots and succeeded in making five. In Stack’s 23 minutes of total playing time he scored 14 points, of which four of the five shots were three pointers. Stack also had three assists and two steals.

In Clark’s 17 minutes of total playing time he scored a total of 13 points in addition to three assists and one steal.

In Grennell’s 23 minutes of total playing time he scored a total of 11 points and had six rebounds.

“It’s exciting for sure,” said Clark after the game. “It was a good team win for us, but we got to keep rolling through one game at a time.”

What is the key to their success?

According to Bateman, “The most important factor is that we are a veteran team that knows what disappointment feels like. We have seven seniors that know what regret feels like and do not want to have any in our final season. We also have had numerous underclassmen step up and become vital members of this team’s success.”

Though the end is in sight, Coach Chris Conger stated: “There is a lot of season left. We need to keep getting better every day. We have also really appreciated all the crowds lately. Hopefully the students can continue to be so great. It really helped propel us this weekend.”